Why Invest In United Kingdom Property?

Singapore among top 10 countries owning properties in England and Wales

The property market of London is a hot favourite with Singapore’s affluent investors. About 97,000 properties in England and Wales are owned by overseas firms, and Singapore is among the top 10 countries owning properties. The BBC made this analysis after the United Kingdom’s Land Registry made its data on Commercial and Corporate Ownership and Overseas Companies Ownership available at no cost.

​This release of data in November last year follows the UK government’s commitment to fix a housing market they described as “broken”, a commitment which includes their aim to improve the availability of data to make it easier to identify those with interest in land. The Land Registry echoed this and explained that the change is “to promote economic development, financial stability, tax collection, law enforcement and national security.” 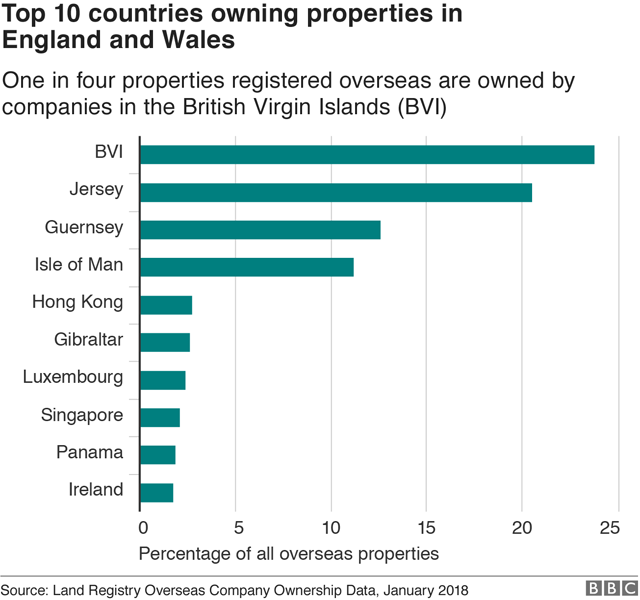 The analysis showed that out of 42,680 of the properties owned by foreign companies in England and Wales, some 44 per cent of the total, were in London, and that they had a value of £33.9 billion.

There is a ‘wide range’ of reasons why investors might choose to hold property offshore, but the London property market has historically been a very open and accessible market for international investors.

​It is also not unusual for investors to use intermediate centres to pool capital with other investors in collective structures (such as funds and real-estate investment trusts), to diversify their asset allocation across a wider range of projects and opportunities.
An annual survey of the Association of Foreign Investors in Real Estate also ranked London at the top (tied with Los Angeles) for  stability and opportunity for capital appreciation. The Association’s members who are estimated to have more than $2 trillion in real estate assets under management also said that they were less worried about the impact of Britain’s exit from the European Union than they were a year ago.
​
In July last year, a study for the London Mayor showed that foreign investors are buying up thousands of homes suitable for first-time buyers in London and that they were using them as buy-to-let investments.
​Foreign buyers led by Singapore and Hong Kong snapped up 3,600 of London’s 28,000 newly built homes between 2014 and 2016, the research said. About half of these homes were priced between £200,000 and £500,000.More than 70 per cent of the homes bought by foreigners were as rental investments and in 15 per cent of cases, the properties were bought by companies. The London Mayor said that the Government would give local people “first dibs” on new homes, but stressed that “international investment plays a vital role in providing developers with the certainty and finance they need to increase the supply of homes and infrastructure for Londoners”.
London has always been seen as a safe haven for very wealthy foreigners to “park their money”, and for years they have been attracted to London homes as a stable investment.

The research also found that almost all of London’s largest residential development needed overseas investment to get under way, either through purchasers buying off-plan or through equity finance or investment in UK house-building companies. Singaporean buyers especially favoured properties in Westminster. It is estimated that four out of 10 new-build properties there were sold abroad over a two-year period.

The British pound’s depreciation against the world’s major currencies has also helped increase the attractiveness of UK real estate to overseas investors. London’s robust market fundamentals which translates into attractive yields over other global cities also boosts investor confidence in the London real estate market. With an average of 10 to 15 years, the city’s lease lengths are also significantly longer than many markets. UK’s robust legal system, along with its market transparency and liquidity all play a part in the appeal.

Finding the right investment property in the UK is much like finding the right property anywhere in Singapore or around the globe. Once you have identified a property that you’re interested in purchasing, travel to the UK and inspect it. Photos can be misleading and can make rooms appear larger than what they are. In addition, you can never be sure of the area the property is in until you visit it yourself.
You must also look at the demographics of the area and choose areas with high property ownership where the people are mostly working professionals. Failing to look into all avenues might result in you purchasing a property which isn’t attractive to renters and may affect the return that you receive.

Interested buyers hoping to jump onto the London property investment bandwagon will likely finance their property purchases with a bank loan. Capitalising on this, banks are already rolling out mortgage packages exclusively for the London market. One bank for example, introduced 3-month SIBOR-pegged loans in Singapore dollars for such property purchases.

Borrowers have to be Singaporeans or Singapore Permanent Residents (PRs) only. Specifically, the bank’s London mortgage package allows borrowing of between S$300,000 to S$3 million, with a maximum of 70% loan-to-value (LTV) ratio.

Loan tenure can be anything between 5 to 30 years with a cap of 70 years. Similar to Singapore home loans for the island-city’s properties, the packages are available for building-under-construction projects, but only a progressive payment scheme is allowed. However, for refinancing, the property must be completed. Very importantly, do take note that there is a call on margin if the LTV rises to 8 per cent and above. When this happens borrowers will be asked to repay part (above the monthly installment amount) or all of their loan.

Copyright of Latest Project Launch Team © 2015
The Most Comprehensive Buyer's Guide List To All The Latest New Upcoming Condo Launches In Singapore Buy UK properties. Browse our comprehensive list of properties in major cities in UK that is worth buying for investment or own stay