Just a stone’s throw from the mainland Singapore, the Southern Islands are ideal for quick water escapades from the hustles and bustles of city life. Relax within the lush greenery and natural foliage of the Southern Islands. Have some fun in the sun with activities including swimming, snorkeling, fishing, and kite flying. Enjoy the day of casual activities at some of the island destination: 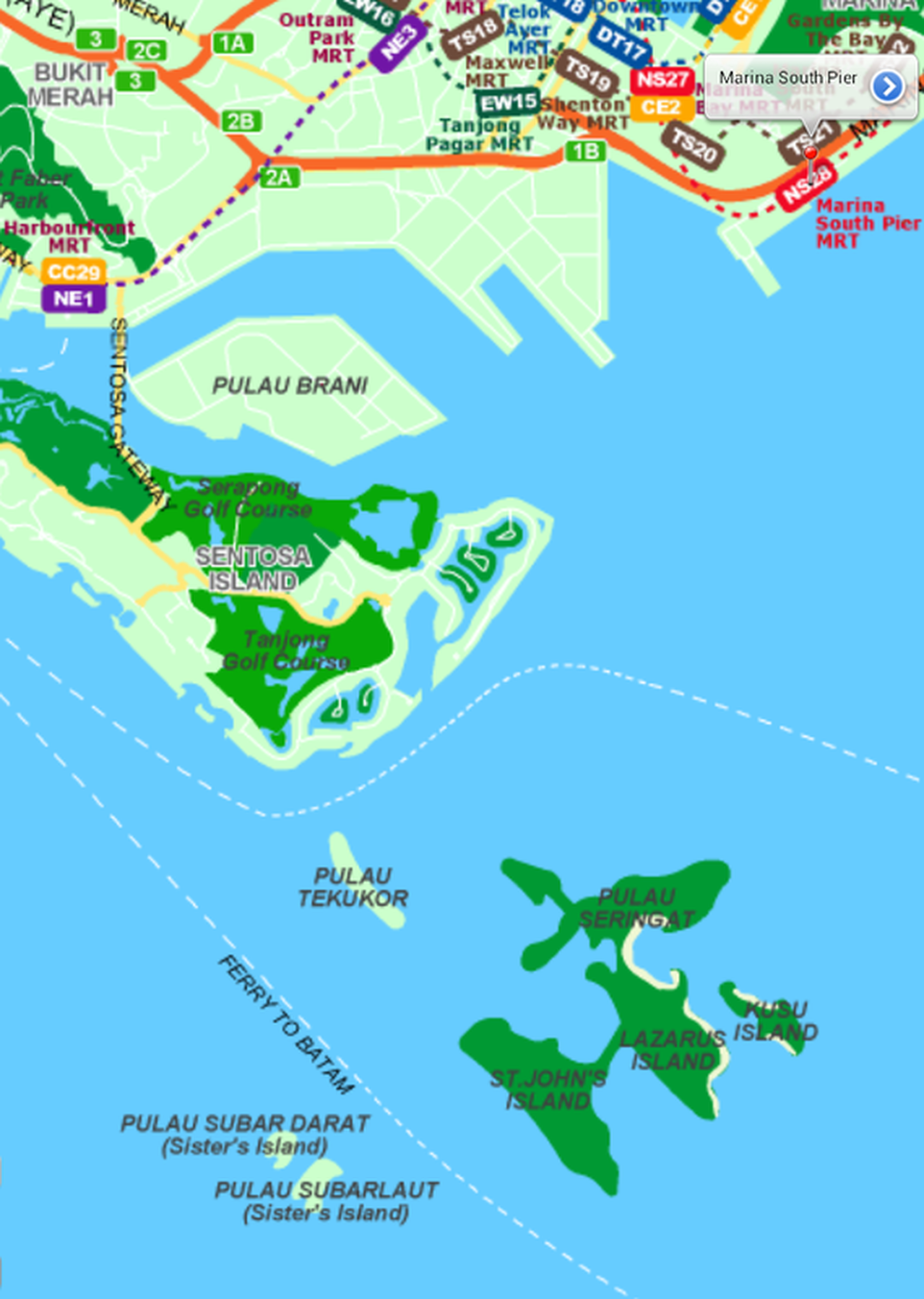 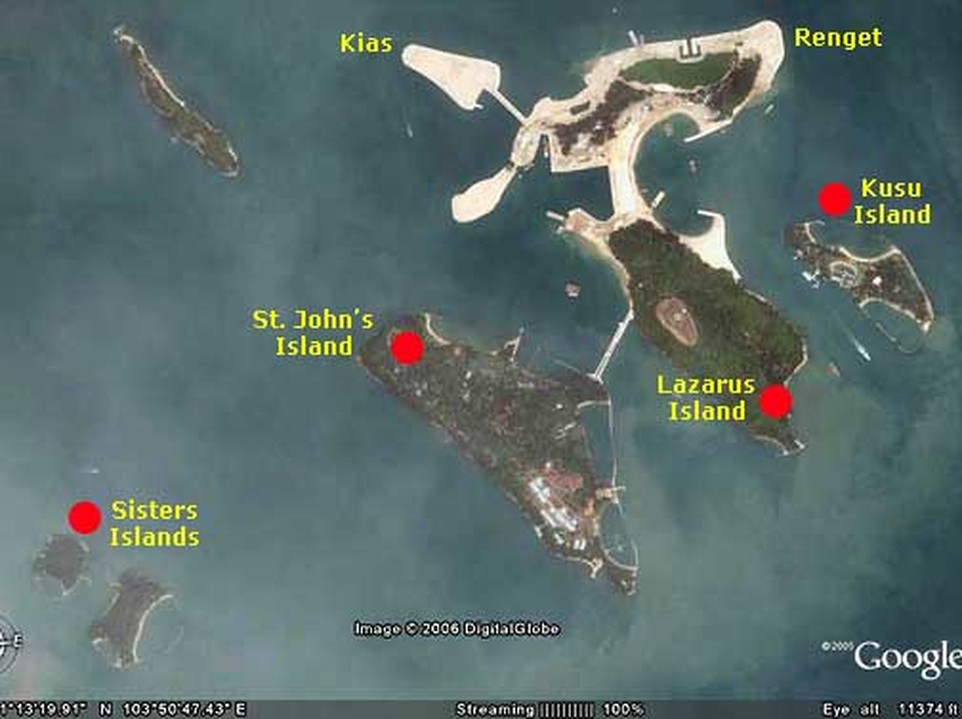 Lazarus Island (Pulau Sakijang Pelepah) – A tiny island off Singapore with a pristine beachfront, it is an ideal location for family picnics and water activities for kids. Home to beautiful sandy beaches and inviting waters, Lazarus Island is a great spot for a laid-back escapade from the city hustle. Because of its relaxing ambience and waters rich in aquamarine, sea enthusiasts love to swim and snorkel here! Alternatively, you may choose to sunbathe on the beach. 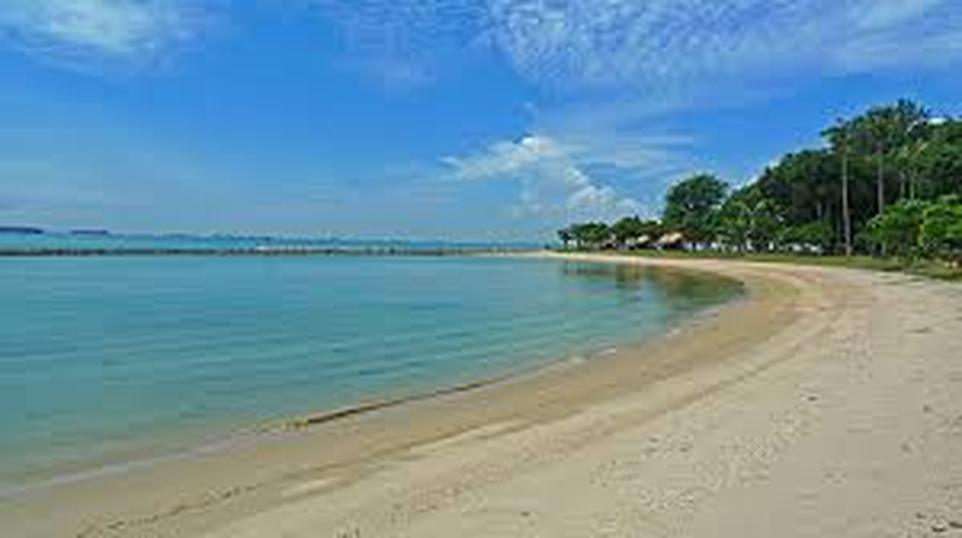 Folklore has it that pirates once used it as a hideout. Situated approximately 6.5km south of Singapore, St John’s Island (previously known as Pulau Sekijang Bendara) makes an idyllic getaway to get a glorious tan, a picnic on the sandy beach, explore off-beaten treks around the island or simply laze away by the lagoon. Swimming and picnicking are the most popular activities on both islands. The 39-hectare island is also a haven for a host of flora and fauna. Tropical Marine Science Institute, Agri-Food & Veterinary Authority of Singapore’s Marine Aquaculture Centre are also located on the island.

St. John’s has three good swimming lagoons. It even has a tiny hilltop restaurant, adorned with French looking seahorses and walruses and playing spacey New Age background music. Holiday-makers yearning for an island stay can book the Holiday Bungalow, which comes comfortably furnished with a kitchen. It can accommodate up to 10 persons.

Kusu Island has wonderful heritage sites and attractions to explore
Kusu Island (Peak Island or Pulau Tembakul) – Known as “Tortoise Island” to the locals and can be considered the most unique island, it is frequently visited by both tourists and pilgrims alike. Malay and Chinese temples are located here, where many worshipers still come to pray during lunar calendar. This is a great destination for sun-seekers and outdoor lovers.

Kusu Island, located just 5.6km away from Singapore, which means “Tortoise Island” in Chinese, is also known as Peak Island or Pulau Tembakul in Malay. From 2 tiny outcrops on a reef, the island was enlarged and transformed into an 8.5-hectare island holiday resort.

Legend has it that a magical tortoise turned itself into an island to save 2 shipwrecked sailors – a Malay & a Chinese. Each year during the ninth lunar month (falls around Sep to Nov according to the Lunar Calendar), thousands of devotees flock here for their annual Kusu Pilgrimage to pay homage for good health, peace, happiness, good luck and prosperity.

On the island is the popular Chinese temple – Da Bo Gong (The Merchant God or God of Prosperity). Built in 1923 by a wealthy businessman, the temple houses 2 main deities – the Da Bo Gong and Guan Yin. The former is highly regarded as having the power to confer prosperity, cure diseases, calm the sea and avert danger, while Guan Yin is known as the ‘giver of sons’.

On top the rugged hillock stand three Kramats (holy shrines of Malay Saints) to commemorate a pious man (Syed Abdul Rahman), his mother (Nenek Ghalib) & sister (Puteri Fatimah) who lived in the 19th century. Many devotees will climb the 152 steps leading to the Kramats to pray for wealth, good marriage, good health and harmony. The shrines are also popular with childless couples who would pray for children. Kusu Island is also well loved for its blue lagoons, pristine beaches and tranquil settings. Visitors can pay a visit to the wishing well and Tortoise Sanctuary as well. 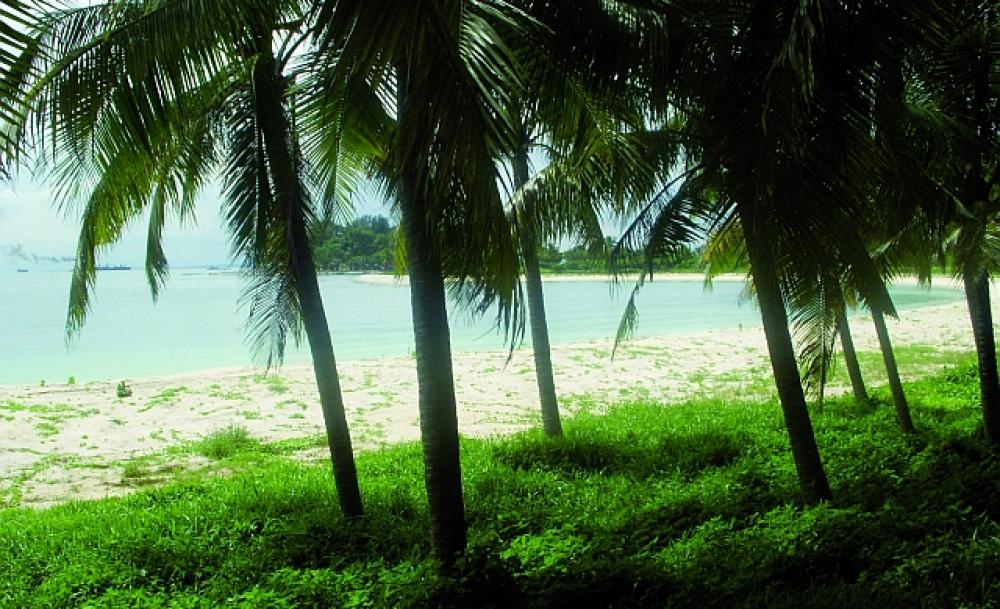 Sister's Islands' tranquility will relax you
Sisters Island – Sisters Island are separated by a deep and narrow channel. The beaches are secluded and the waters are rich.

A long time ago, there lived a pair of sisters, Minah & Lina, who shared a bond so strong that nothing could separate them. One day, the native chief fell in love with Lina and forced her into a boat. Just then, the sky turned dark and a storm broke out. As Minah attempted to save her sister, a large wave suddenly engulfed her. On seeing this, Lina freed herself from her captors and jumped into the sea to join Minah. The storm subsided but nowhere could the sisters be found. Instead, two islands emerged from where they had drowned. Called Subar Laut (3.9 ha) & Subar Darat (1.7 ha), the two small islands are now known as Sisters’ Islands. It was said that every year on that very day when the sisters turned into islands, there will always be storm and rain.
Marina Bay and the Singapore Skyline – Catch the spectacular view of Singapore skyline as our yacht cruises slowly along the coast. Marina Bay Sands and Singapore Flyer are just two of the main outlines lighting the sky, experience it from a different angle!
So, if you like the idea of a cruise cum island hopping outing for your company / school / association or group of friends, simply drop us a message below and we will get in touch with you to help you plan your cruise and have fun.
Submitting your enquiry allow us to contact you with your enquiry and updates on latest project launch.